Beautiful NW style home on Johnson Point. Enjoy Puget sound with your own dock, launch and deep water buoy. 6.2 acres with 616 feet of beach frontage. This home has ev...

Do you want to live on one of the cleanest lakes in Washington? This house was built sturdy and true on one of the largest lots on the lake. 125ft of waterfront with n op...

New construction pre-sale, nestled among a PNW canopy. Enjoy western views of the sunset and snow dusted Olympic Mountains. This is a chance to own luxury on .84 acres w/...

Stunning waterfront on Eld inlet in Olympia. Walking in your greeted in the main kitchen/dining/living space area w/ windows spanning the stunning views of the sound, if ...

Don't miss out on this opportunity to own this Lake St. Clair waterfront home that is waiting for you to add your personal touches. Beautiful wood floors and a wonderful...

Live on vacation every day in this newly updated 2 story house boat @ West Bay Marina. The interior was meticulously designed and remodeled with over $60,000 in upgrades...

Great Opportunity to own waterfront property in Dana Shore Community. This property is jut under 1 acre, This listing consist of 2 parcel House # 8601/8605 has total wat...

Courtesy of Windermere RE Puyallup, Inc

Little bit of seclusion, trees for privacy, close to Hwy 101/Olympia. Nestled in the trees is this unique 5 acre parcel of land with a creek, lightly treed and a partial ...

One of the last build-able lots on highly desirable Cooper Point! Septic Design APPROVED, NO hook up fee for community well. Features a Concrete BULKHEAD and shared acces...

Westside building lot with Southern view of Black Lake and newly built stairs to 137’ of waterfront. Bring your building plans or put a couple Tiny Homes on the lot. Sept...

Most people know Olympia as the capital of Washington, which is true, but there is a lot more to this city than just its governmental significance. This is also an extremely pretty place, found at the south end of Puget Sound. 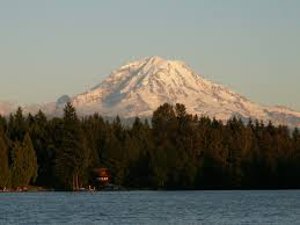 With easy access to I-5, residents of Olympia can head north to Seattle or south to Portland in short order. If you’d like to live on the waterfront but don’t want to pay the premiums associated with living in King County, Olympia waterfront homes are certainly worth considering.

As you embark on a search for an Olympia waterfront home, you’ll probably want to start your search with the Budd Inlet. This is the portion of Puget Sound which stretches down to meet Downtown Olympia. There are a number of stunning homes located long Budd Inlet, particularly on East Bay Drive. These homes don’t come cheaply, but they do tend to be more affordable than something similar in the Seattle area. While you will feel like you are out in a peaceful, quiet location while living along the water, it will only be a few minutes’ drive to get back to I-5.

Buyers looking for great waterfront opportunities in the Olympia area should also explore the properties found off of Cooper Point Road NW. This is an area on the west side of Budd Inlet, stretching to the north of Olympia Country and Golf Club. Properties on this peninsula can actually be located on Budd Inlet or Eld Inlet, depending on whether they are on the east or west side of the peninsula.

Aside from the opportunity to live on a stunning stretch of waterfront property, what else would make you want to live in Olympia? There’s plenty to draw you to this part of the Pacific Northwest. Of course, your work will have a lot to do with the decision, so those who work somewhere around the south end of Puget Sound will want to strongly consider Olympia. Also, if you like spending time at the ocean, Olympia is a great starting point for a quick day trip out to the Pacific. Or, you can head north around the west side of Puget Sound and into Olympic National Park. You won’t have to look hard for something fun to do in this area, and you’ll always be able to return home to your peaceful waterfront property. When you add it all up, this is a package that becomes pretty hard to turn down.

The more you learn about living in the Olympia area, the more there is to like. There are a variety of waterfront home options in an around Olympia, both on lakes and on the shores of Puget Sound. It’s still not cheap to live on the water when you head to Thurston County, but it is far more affordable than it is to the north. With the help of an experienced real estate agent to track down the right opportunities in Olympia, you may be able to find your dream home in the near future.