The Crown Hill neighborhood is located west of Greenwood, north of Ballard, Green Lake and Phinney Ridge and just south of Broadview by the Carkeek Park, one of the largest parks in the area. Holman Rd NW runs directly to the center of the small community and there are shops, restaurants and the famous Dick's Drive-in arguably some of the best fast food burgers in the city. 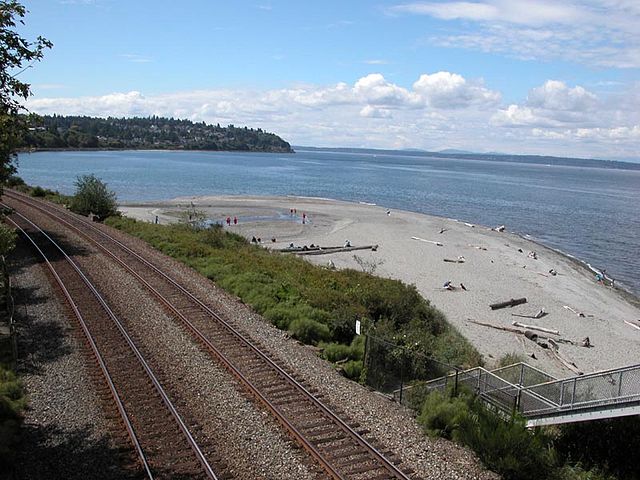 The Seattle neighborhood was first originally used for former residents of Seattle and Ballard, meaning the Crown Hill Cemetery was one of the first icons in the neighborhood. After World War II, the population of the small neighborhood grew exponentially and architecture reflects that era with one story brick homes, creatively manicured front lawns and smaller bungalows. In the 1980s and 1990s, many of these older homes were redeveloped into apartments, condominiums and townhouses.

Crown Hill is primarily made up of high income urban singles, couples and high expense residents. The median household income is about $46,000, about 1% higher than Seattle in general. The median age is 38 and household size is about 2.2 people.

This small neighborhood between Ballard and Greenwood has a small business district and a community association. Residents organize Night Out for Crime prevention, community garage sales park cleanup crews. One of Crown Hill's biggest achievement is their annual holiday light display in December. It's a great sightseeing opportunity for local residents and visitors alike.

The neighboring Carkeek Park (shown), located just north of the main border of Crown Hill is a popular Park featuring beautiful views of the Puget Sound, the Olympic Mountains and over 200 acres of lush forests, creeks, beaches and wetlands. The park features an environmental Learning Center, solar panels, energy-efficient insulated buildings, miles of trails and a perfect oasis of peace and tranquility in the heart of the city.

Condominiums and townhouses start at about $400,000 in Crown Hill with single family homes starting about $580,000. Again, many of the homes are of older construction but have been remodeled and renovated to showcase the revitalized architecture of the era. There are a few two-story homes, three and four story modern condominiums/townhouses and mid century modern designs.

Below you'll find all of the current homes for sale in Crown Hill and please contact my office to schedule a showing of any of these homes in neighboring communities.

All Crown Hill Homes for Sale

Gorgeous like new Ballard townhome, boasting stylish finishes, smart features and built green with the city right outside your door. The smaller footprint of this 2-bed, ...

Inspired by Norway's gabled architecture, The Trondheim prominently features spacious, thoughtfully-designed floor plans with an emphasis on community accord. Each home p...

Inspired by Norway's gabled architecture, The Trondheim prominently features spacious, thoughtfully-designed floor plans with an emphasis on community accord. Each home p...

Unimproved parcel with permitting for multi-family in process and near completion.