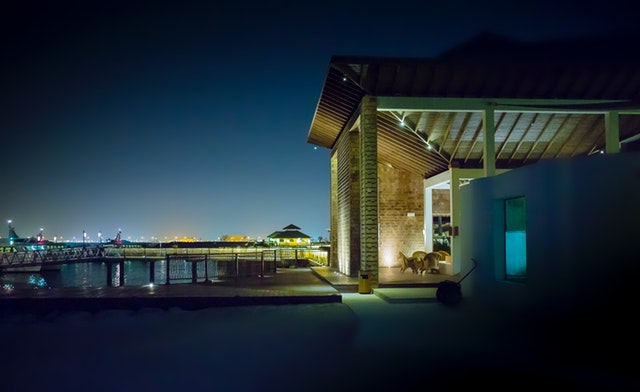 Washington's Puget Sound sits along the northwestern coast of Washington and is an Inlet of the Pacific Ocean. It extends about 100 miles from deception path in the north to Olympia Washington and the South and covers over 1300 miles of shoreline. Puget Sound doesn't just refer to the body of water but also the Puget Sound region, which covers major cities such as Seattle, Tacoma, Olympia, and Everett. It's the third largest estuary in the United States.

Let's start in the middle; Seattle is really the center of Puget Sound sitting in the crux of Elliott Bay. This is where the Bremerton and Bainbridge Island fairies travel to and from and it includes the industrial district for the Port of Seattle. For waterfront Puget Sound homes in downtown Seattle, you're likely looking at condominiums and high-rise apartments. For single-family homes, residents would need to travel to West Seattle along North Admiral, Seaview, and Alki Beach. In the north, just west of Queen Anne Hill are the higher end communities of Magnolia, Briarcliff, and Sunset Hill just west of Ballard along Shilshole Bay. Shilshole Bay is where the Ballard locks, which empties into Lake Union travels out to the Puget Sound.

North of Sunset Hill is more of the Greenlake area with smaller communities along Golden Gardens Park such as North Beach and Blue Ridge. Innes Arden, Richmond Beach, and on up to Woodway, Edmonds, and Mukilteo, homes maintain higher price points, especially for properties with either excellent waterfront views or waterfront access. The farther north you go you'll find properties along the railroad line, so it's important to know this if you plan on buying north of Seattle you might be dealing with some train noise as well.

The further north you go the more isolated and less dense the population such as beautiful waterfront homes along Darlington, Edgewater, and Everett Junction close to Mukilteo and South Everett. There are stunning waterfront view homes in downtown Everett specifically for those that love a historical or vintage style home.

Schedule a Consultation With Me Today

Beautifully updated waterfront condo sitting along the shores of Puget Sound between The Locks & Golden Gardens. The southwestern exposure fills the unit w/light and gorg...

Ideally located in the beloved Rolling Bay neighborhood, this waterfront cottage is on the market for the first time in 65 years. Magnificent views of sunrises from the S...

Courtesy of Windermere RE Bainbridge

Listing courtesy of Windermere RE Bainbridge.

Jaw Dropper! A picture frame view of luxury. This 2 story farmhouse knows how to strike a pose! Rich with warmth, style, & elegance flowing from room to room w/flair. Eve...

Enjoy waterfront living in this stylish one level home in sought after Sun Day Cove! A private courtyard entry makes this light & airy ground floor condo live more like a...

Courtesy of Windermere RE Bainbridge

Listing courtesy of Windermere RE Bainbridge.

Welcome to this in-city paradise on Bitter Lake offering 40 ft of waterfront living. Enjoy the tranquil setting and unobstructed views from almost every room in the house...

Waterfront Landings is a landmark building with a great HOA; Right on the Seattle waterfront which is being revitalized now and over the next few years to culminate in on...

Take a stroll along your pristine sandy beach enjoying the salt air and cool breeze. Turn and look back at your gorgeous Cape Cod set on almost 1/2 acre of waterfront. W...