Nestled on a private drive in an impeccably landscaped community is this beautiful corner lot home. Featuring 4 spacious bedrooms and an open living layout, there is plen...

Courtesy of Every Door Real Estate

Beautifully well-maintained 4-plex on a quiet dead-end street in the heart of East Hill Kent! Walking distance to shopping by Lake Meridian, including Trader Joe’s, Safe...

Welcome home to your cozy getaway in the heart of Kent. This 3 bedroom 1 bath home offers ample living space with a large outdoor patio and backyard for year-round entert...

Mid-century west hill home with a modern touch! A rare availability for this charmer with an extra garage & bonus space in the back. 3 Bed, 1.75 Bath with a 4th bed/offic...

Welcome to Springbrooke Hill a new community brought to you by Lennar Homes!! This beautiful community has sidewalks on both sides of the streets & a large community park...

Welcome to Oberon a new community brought to you by Lennar Homes!! This beautiful community has sidewalks on both sides of the streets & a large community park. This eleg...

Welcome to Oberon a new community brought to you by Lennar Homes!! This beautiful community has sidewalks on both sides of the streets & a large community park. The Magn...

Welcome to luxury living on your own private retreat situated on 4 acres in a private gated community. This secluded estate is modern luxury with peekaboo views of the va...

Beautiful and Private Remington Estate! This 3 Bedroom and 2.5 bath, 2,470 sq. ft. gem, sits on a shy acre and backs up to a green belt. Amenities include: hardwood flo...

Fabulous opportunity to live in a wonderful walking neighborhood. The floor plan is open and with some investment the future buyer will have a great place to live. Featur...

Welcome home!!! Take a look at this remodeled manufactured home on its own land in the wonderful Kenton Fir neighborhood. Quiet peaceful neighborhood, beautiful yard spac...

Enchantment surrounds you with this gorgeous updated home. The large open space invites easy entertaining with a stunning view of the backyard and waterfall feature. Too ...

Nice and clean home in an all ages park ready to move in , all the inside has been updated including walls , floors, bathroom and kitchen , stainless steel appliances st...

Courtesy of HomeSmart One Realty

Listing courtesy of HomeSmart One Realty.

This dream property has it all! Situated on shy 5 acres, boasting a stunningly updated farmhouse complete with gourmet kitchen, new paint and luxury flooring throughout, ...

Immaculate Rambler in the quiet neighborhood of Scenic Hill will be on display when you get a chance to view this home. Home features many upgrades with 3 Bdrms, 2 1/4 Bt...

Courtesy of RE/MAX Town and Country

Welcome to Oberon a new community brought to you by Lennar Homes!! This beautiful community has sidewalks on both sides of the streets & a large community park. The Bain...

Secluded yet conveniently located East Hill Home on a shy half acre lot on a dead end road. This well maintained and spacious 6 beds 3.5 baths home offers a fully fenced ...

Value is in the land. This 3bd/2Ba sit on .59 acres sit on top of back porch with a view Mt. Rainier view. It's in a cul-de-sac with a green belt in the back. Renovate...

Welcome to Oberon the highly sought-after new community located in Kent just minutes away from 167. This amazing Columbia plan is the Magnolia + a basement & 2 large wal...

Excellent authentic Sushi restaurant located in downtown Kent inside the Titusville Station for 22 years. Owner wants to retire. Great opportunity for someone to get star...

Lite café business located on a high traffic in a very busy shopping plaza. Solid big-name anchor businesses next to & all up and down this street make this one of the bu...

Courtesy of The Agency Northwest

Listing courtesy of The Agency Northwest.

Welcome to Springbrooke Hill a new community brought to you by Lennar Homes!! This beautiful community has sidewalks on both sides of the streets & a large community park...

Welcome Home! 4 bedroom 1.75 bath and big bonus room. Plenty of parking in the front yard and room to roam in the back yard. Wood fireplace, new gas water heater, double ...

Beautifully designed Restaurant in the heart of Easthill Kent in its own lot, 250 seat capacity and about 30 parking spots. 2 grad A Hoods, tons of equipment to run any t...

Rare find--affordable home that is liveable and clean with good bones--just spruce it up to your personal tastes! 2 bedrooms, 1 bath, and a huge living area kitchen with ...

Welcome home to this beautifully updated & conveniently located townhome in Benson Hill! Undervalued and best deal in the area! Only a 2 min walk to 108th Ave where you'l...

Cozy and charming 1995 manufactured home with 3 Bedrooms, 2 Baths. Home is located in the quiet neighborhood of Benson Village. Spacious and bright even during the damp a...

Courtesy of Around the Clock Inc.

Listing courtesy of Around the Clock Inc..

This rare 3.05 acre parcel in the Lake Meridian area is now available. Zoned R-8 but may be better suited for a single family home site in the center where you will enjoy...

How much would you love to build your dream home with the feel of country, and with the convenience of shopping, schools, and easy access to SR-18! You will enjoy having ...

Location !!!! Location in the heart of Kent. Prime property zoned R6(Potentially 6 Houses) and also potential to make Multi-units or Town Homes, Buyers to do Due Diligenc...

NO ROAD YET NEAR HIGHLINE COMMUNITY COLLEGE

ADULT FAMILY HOME!! Licensed for six clients and approved by the State of Washington. Five bedroom rambler on a half acre lot on Kent east hill. Quiet & serene setting w...

An outstanding opportunity to own this 4.69 acres of land in a very desirable and established neighborhood. Minutes away from all amenities, easy access to I-5 this is a ...

This parcel of 4.72 acres of land is ideal for your next project with mature trees on the perimeter and excellent light on the space. City of Kent SR-6 zoning offers grea...

This parcel of 4.72 acres of land is ideal for your next project with mature trees on the perimeter and excellent light on the space. City of Kent SR-6 zoning offers grea...

Unbelievable commercial opportunity in a prime location on a corner lot!! Almost an entire block located right on Central Ave in Kent with access to E Pioneer, HWY 516 (S...

Homes for Sale in Kent WA 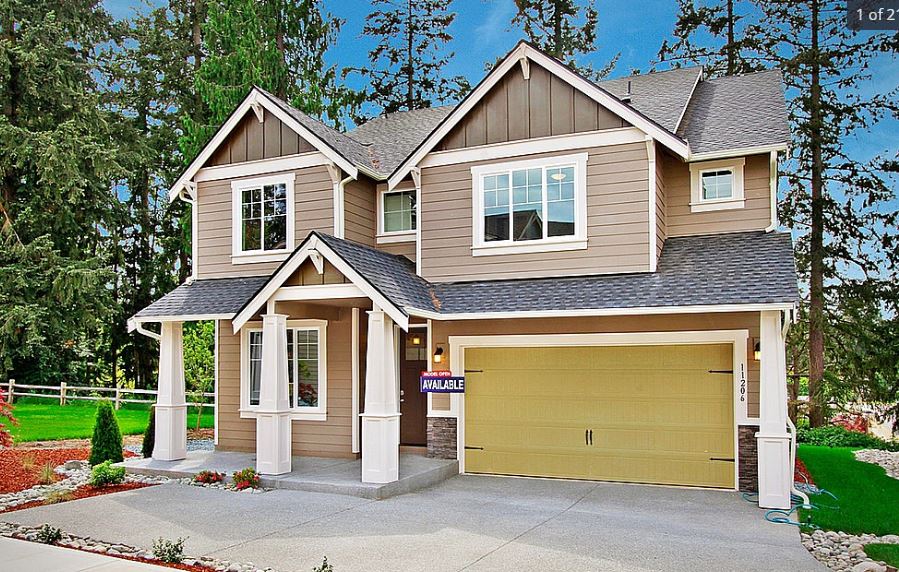 Kent Washington is located in South King County and is the sixth largest city in the state. It's in the heart of the Seattle/Tacoma Metro area about 19 miles south of Seattle and 19 miles northeast of Tacoma. It's ideal for anyone working or playing in either of the two major cities. It is the second oldest incorporated city in King County after Seattle. It's home to about 130,000 residents and is bordered by Renton to the north and federal way to the south. It covers several major freeways such as Interstate 5, 167, and is bordered by Highway 18 close to Covington.

Kent is divided into three major districts: East Hill, the Valley, and West Hill. Downtown Kent is located on the east side of the valley and the rest of the valley is almost entirely covered by warehouses and industrial areas. Now rainier is a prominent geographical landmark to the southeast.

Kent is an ideal location for moderately affordable homes close to Seattle, Renton, and Tacoma. Many people who live in it can't work at either the Seattle-Tacoma International Airport, some of the Boeing plants, or in either of the two downtown major metro cities. Residents are just a few minutes from Des Moines and the Puget Sound and the international airport is no more than 5 to 10 minutes from a lot of places in Kent. However, Kent does see its fair share of traffic along Highway 167 and I-5 but if you live here, you don't have to travel through the city to get home.

Speaking of travel, there are several major freeways, highways, and bus routes throughout Kent and the Kent station provide service to several destinations including downtown Seattle by the bus, the Sounder Commuter Rail, and the Union Pacific and Amtrak railroads, so there is always an alternative transportation option from this highly populated and popular central location.

But don't think that Kent is all freeways, railroads, and bus routes. Kent has over 73 parks, playfields, skate parks, green belts, sports facilities, and recreational activities. It truly has just about everything you need including major shopping, close access to IKEA, waterfront properties, and the South Center. For shops, restaurants, markets, massive entertainment and an ideal location centrally located, Kent is really where it's at.

Start browsing all available and the newest listings in homes for sale in Kent Washington below or contact my office to schedule a personal I showing or a customized report of all properties that match your search criteria and price. (Image above from actual MLS Listing in Kent Washington)

Schedule a Consultation With Me Today